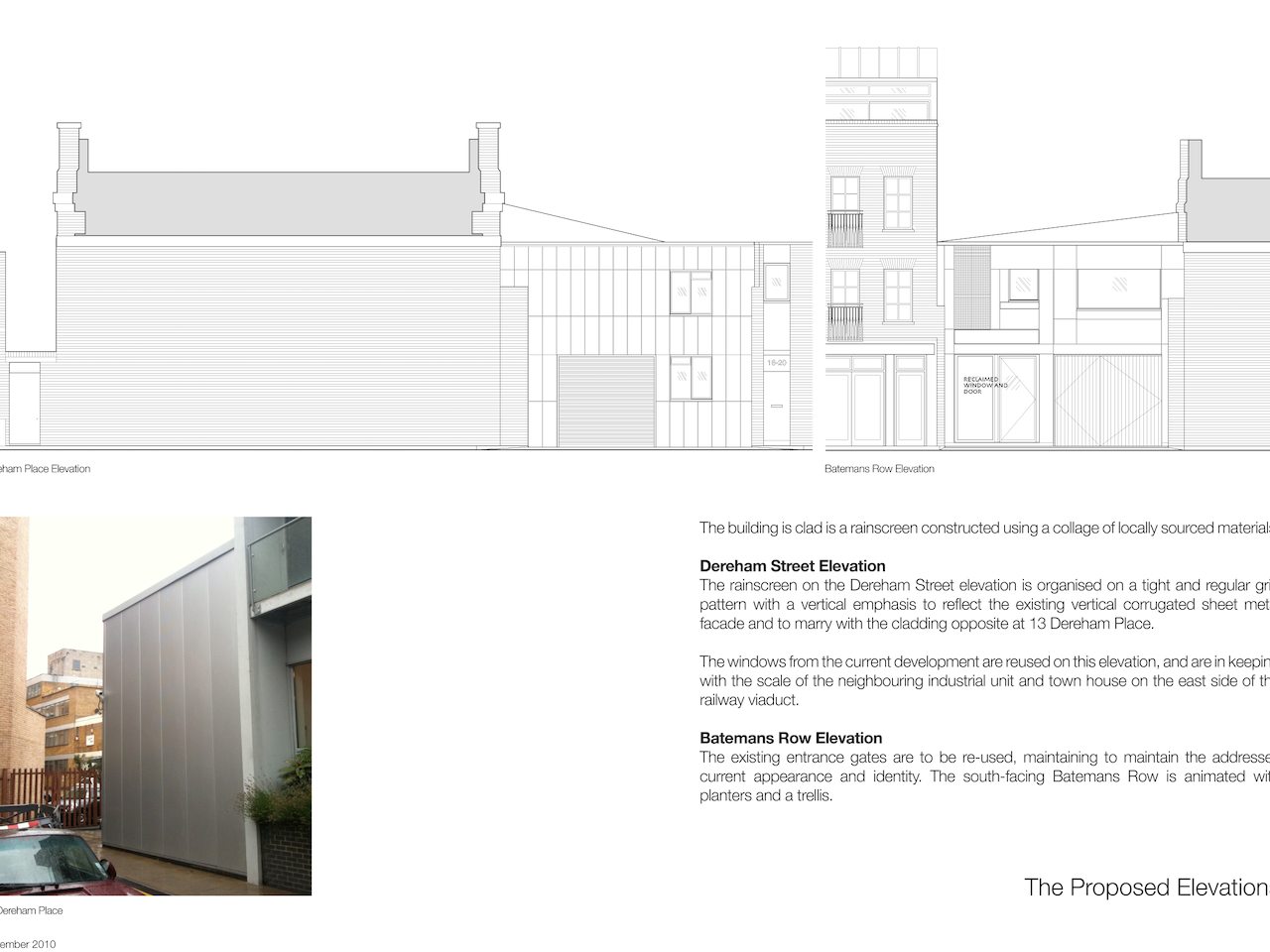 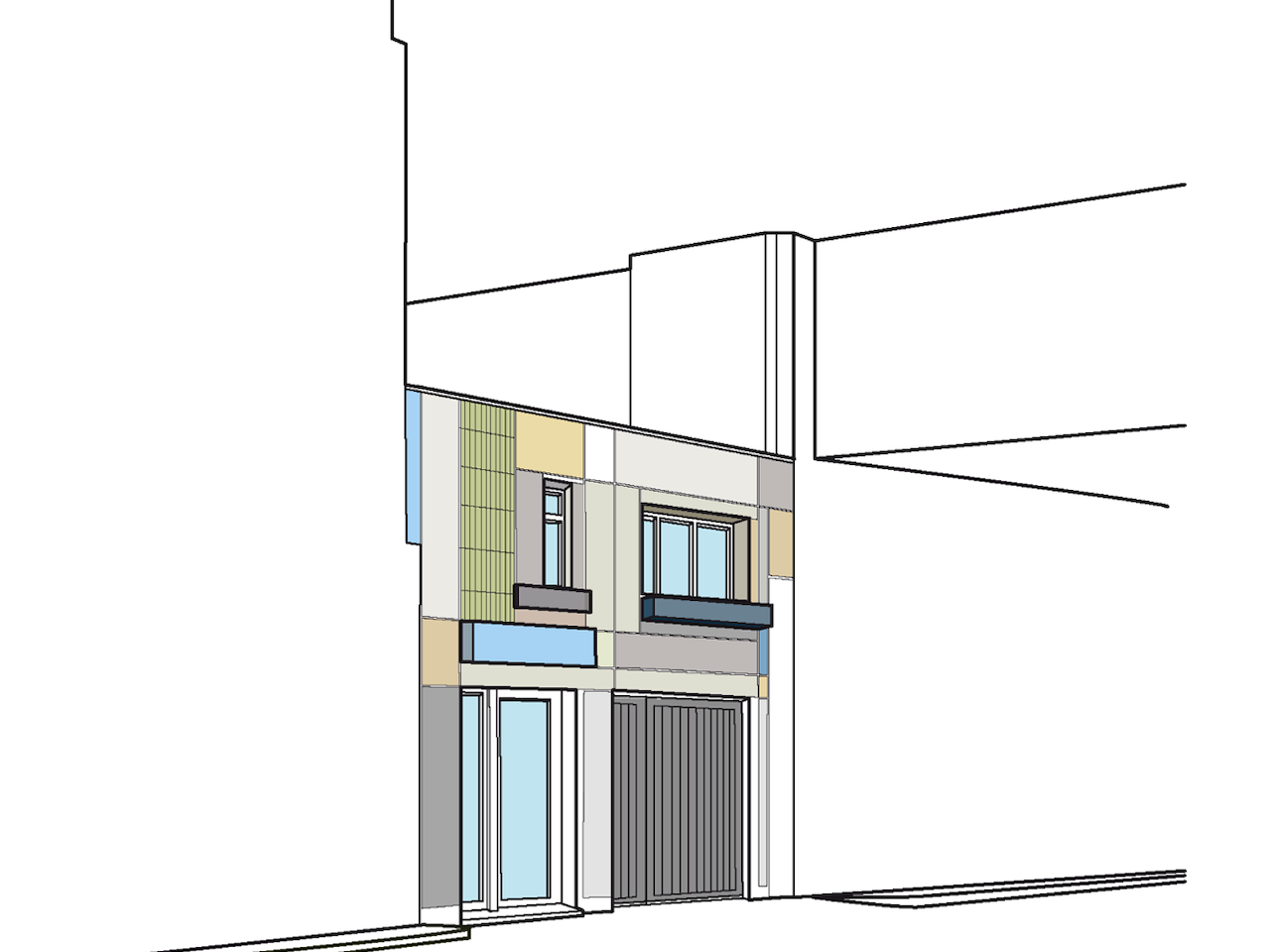 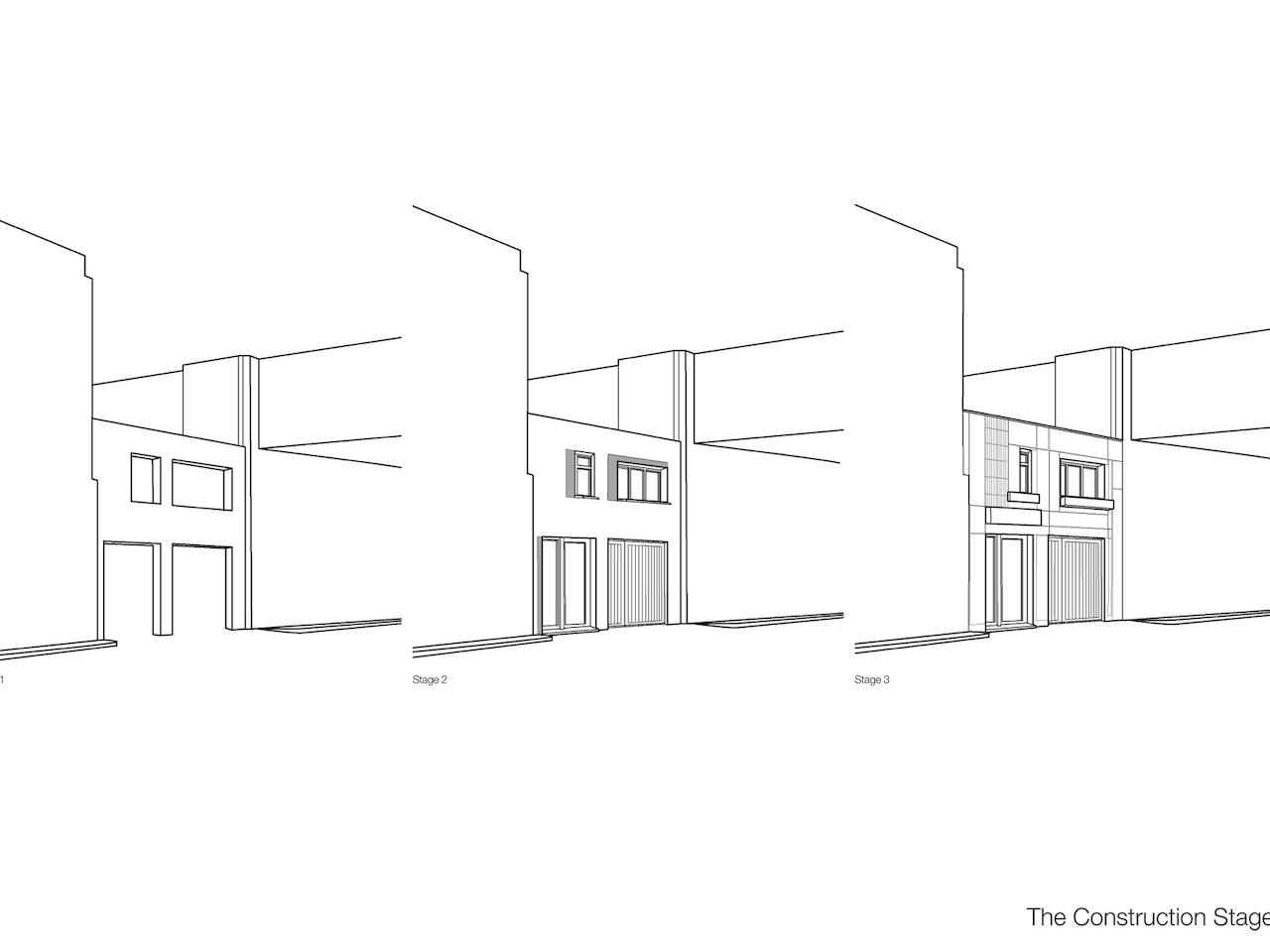 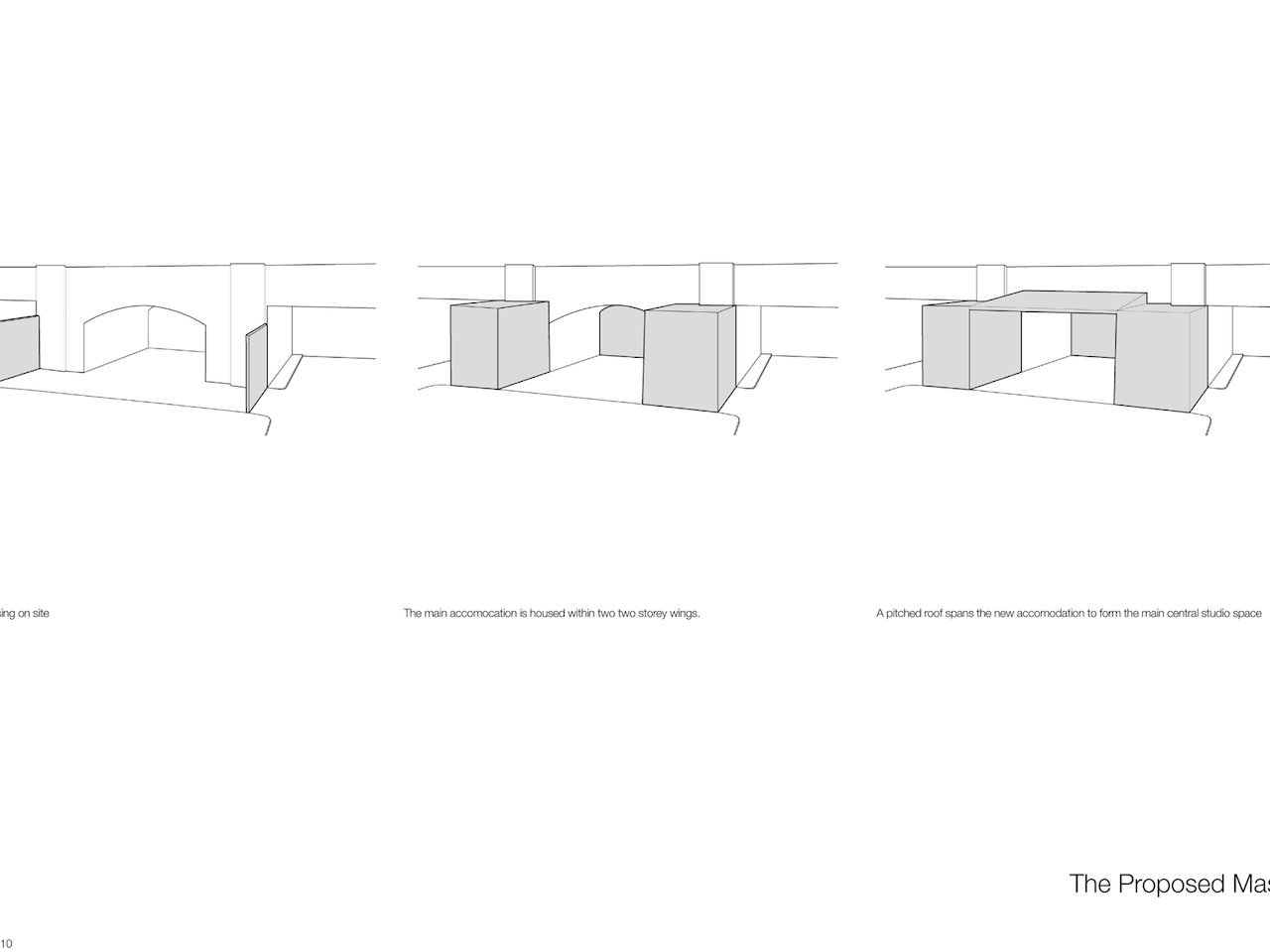 This pioneering architectural approach represented a move away from the contemporary panel clad façade and a step towards a new sculptural aesthetic that relies upon collage, context and composition to create a dialogue between unexpected materials, objects and the street.

475 Kingsland Viaduct is an example of the building of the futuren. It celebrates the necessities of creative re-use, self build and imagination and aimed to contribute towards placing Shoreditch at the forefront of architectural innovation.

The building is clad is a rainscreen constructed using a collage of locally sourced materials.

The rainscreen on the Dereham Street elevation is organised on a tight and regular grid pattern with a vertical emphasis to reflect the existing vertical corrugated sheet metal facade and to marry with the cladding opposite at 13 Dereham Place. The windows from the current development are reused on this elevation, and are in keeping with the scale of the neighbouring industrial unit and town house on the east side of the railway viaduct.

The south-facing Batemans Row is animated with planters and a trellis and existing entrance gates are to be re-used, maintaining to maintain the addresses current appearance and identity.

The building will be formed in three stages;
Stage 1   The main structural envelope will be formed and insulated.
Stage 2   The salvaged windows and cills will be inserted into the openings. Any remaining ‘left over’ sections of the openings will be filled.
Stage 3   The cladding panels, window boxes and trellis will be fixed to a new rainscreen sub-structure.