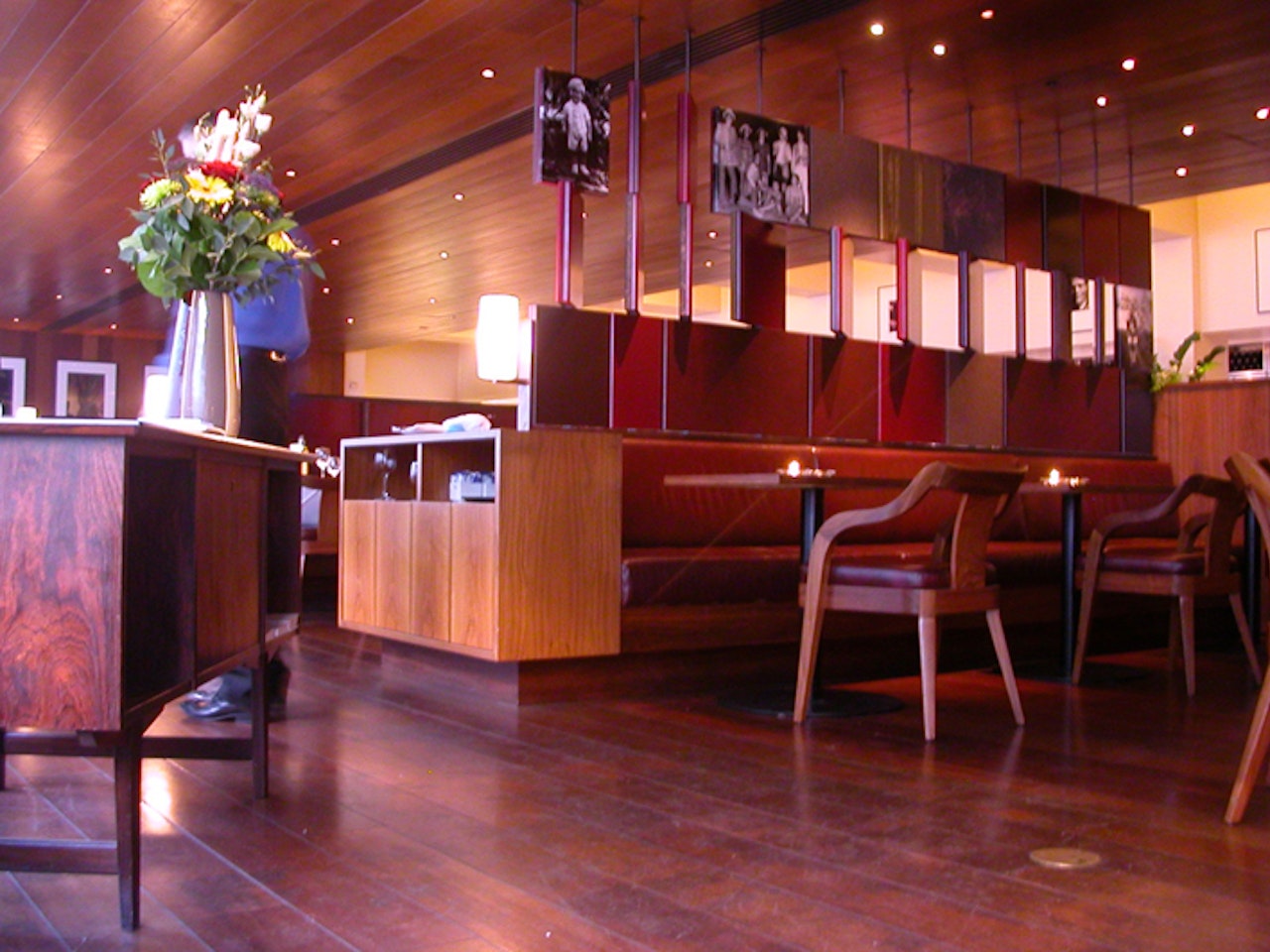 Lucy Tauber was invited to refurbish the new fitted Eyre Brothers Restaurant as the client felt that the existing interior was too austere, did not suitably reflect the personalities of the owners,  nor work successfully from an operational perspective.


As the main element of refurbishment works, Lucy Tauber Architects studied the existing relationship between the waiters and customers: it was clear that the lighting was insufficient, and that the waiters had little circulation of their own. Equally, the reception was unresolved, and did not provide a suitably glamorous entrance.

The concept developed was then based upon three elements: the installation of new lighting that did not disrupt the minimal aesthetic, the alteration to the existing table layout to offer more distinct circulation between the staff and customers, and to install a screen to create a glamorous separation between the restaurant and new bar areas.

The main installation piece, the screen, also aimed to introduce an element of fun into the interior. Made up using 39 double side panels that rotated around twelve vertical rails, each panels was clad with a patchwork of fabric and images on one side, and simple monochrome lacquer on the other.  The panels rotate individually around the rails allowing the screen to be either open or closed. The fabric and print finishes can be easily alters to change the character of the mural depending on the mood or season.