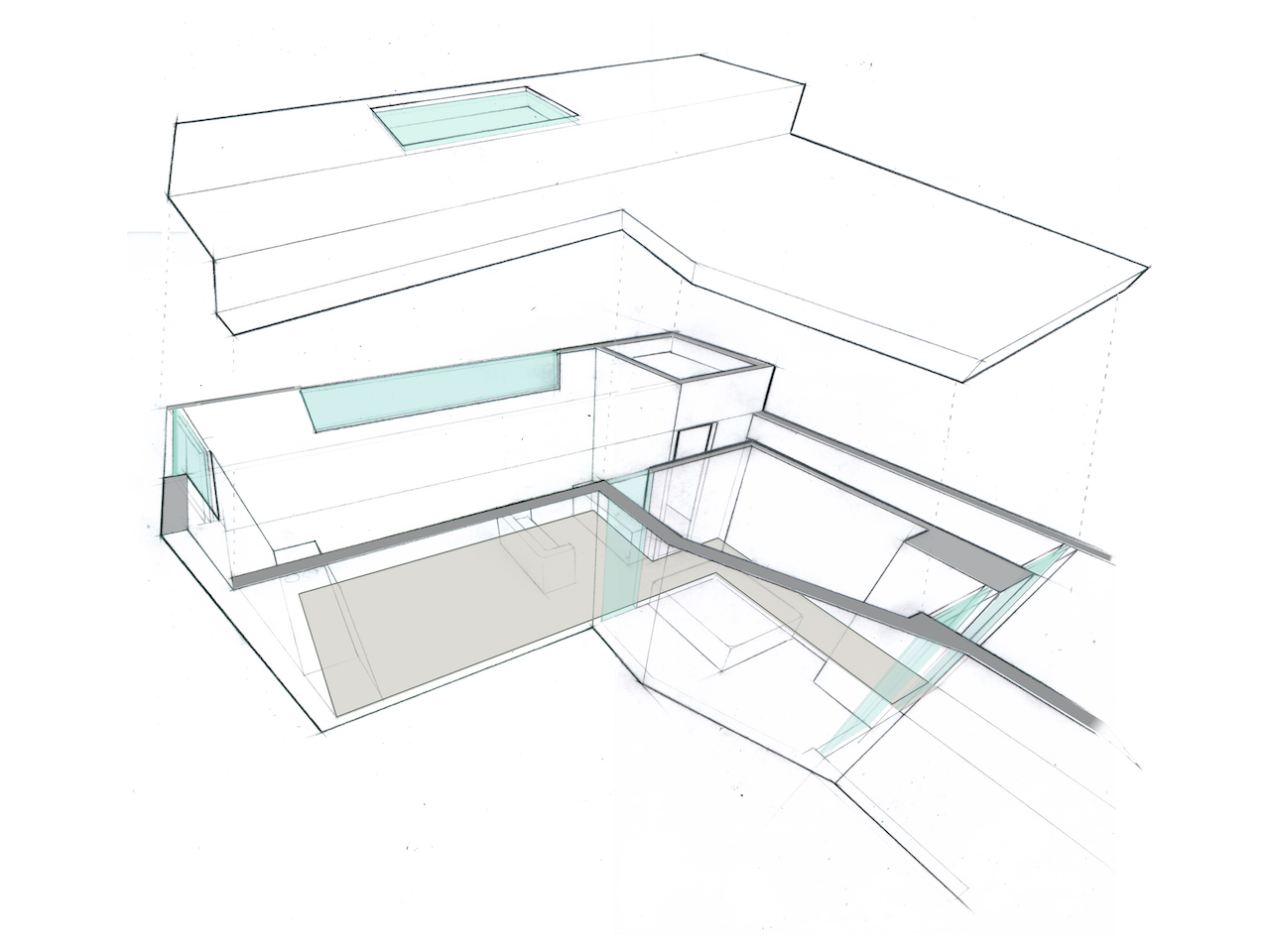 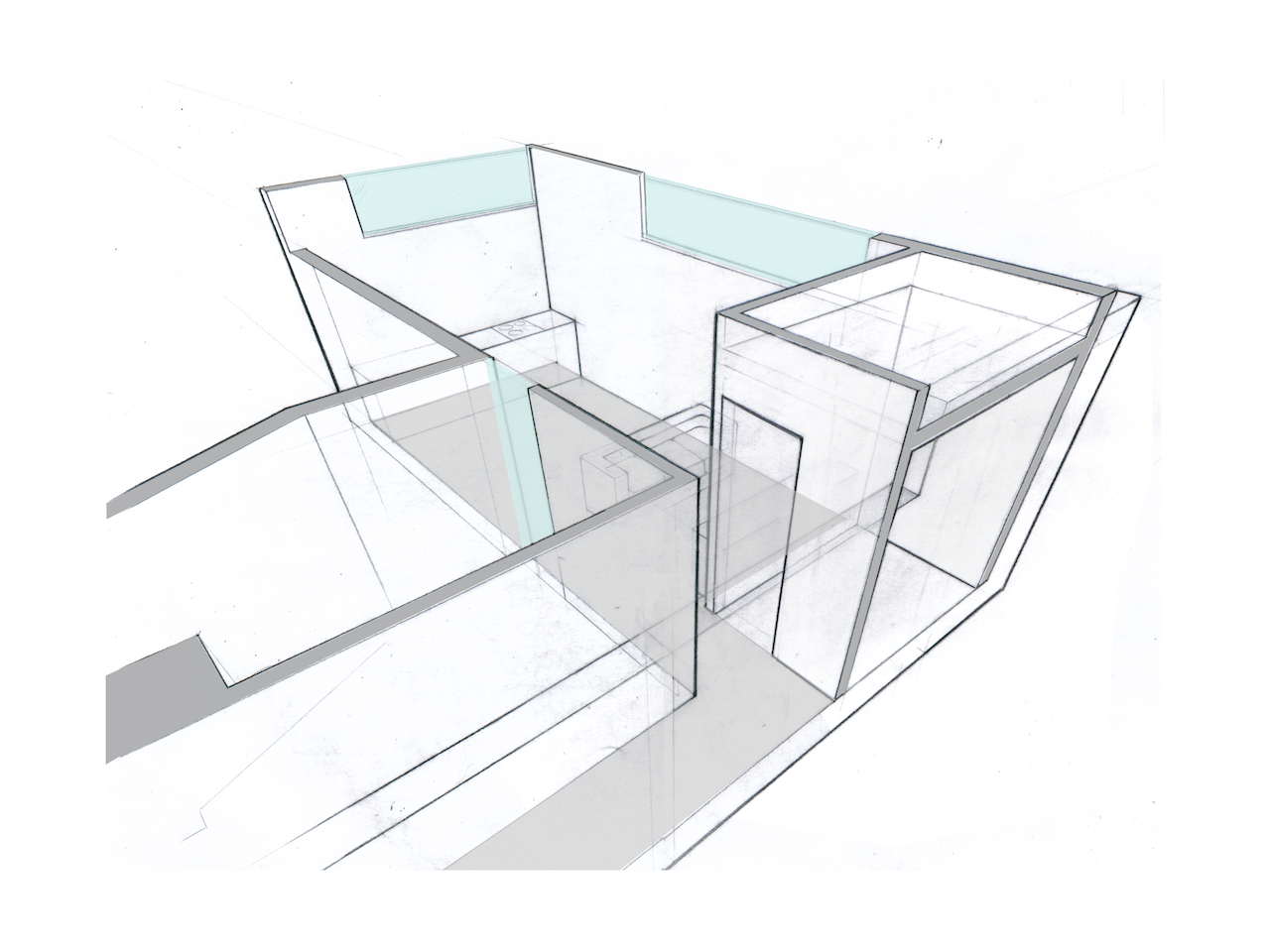 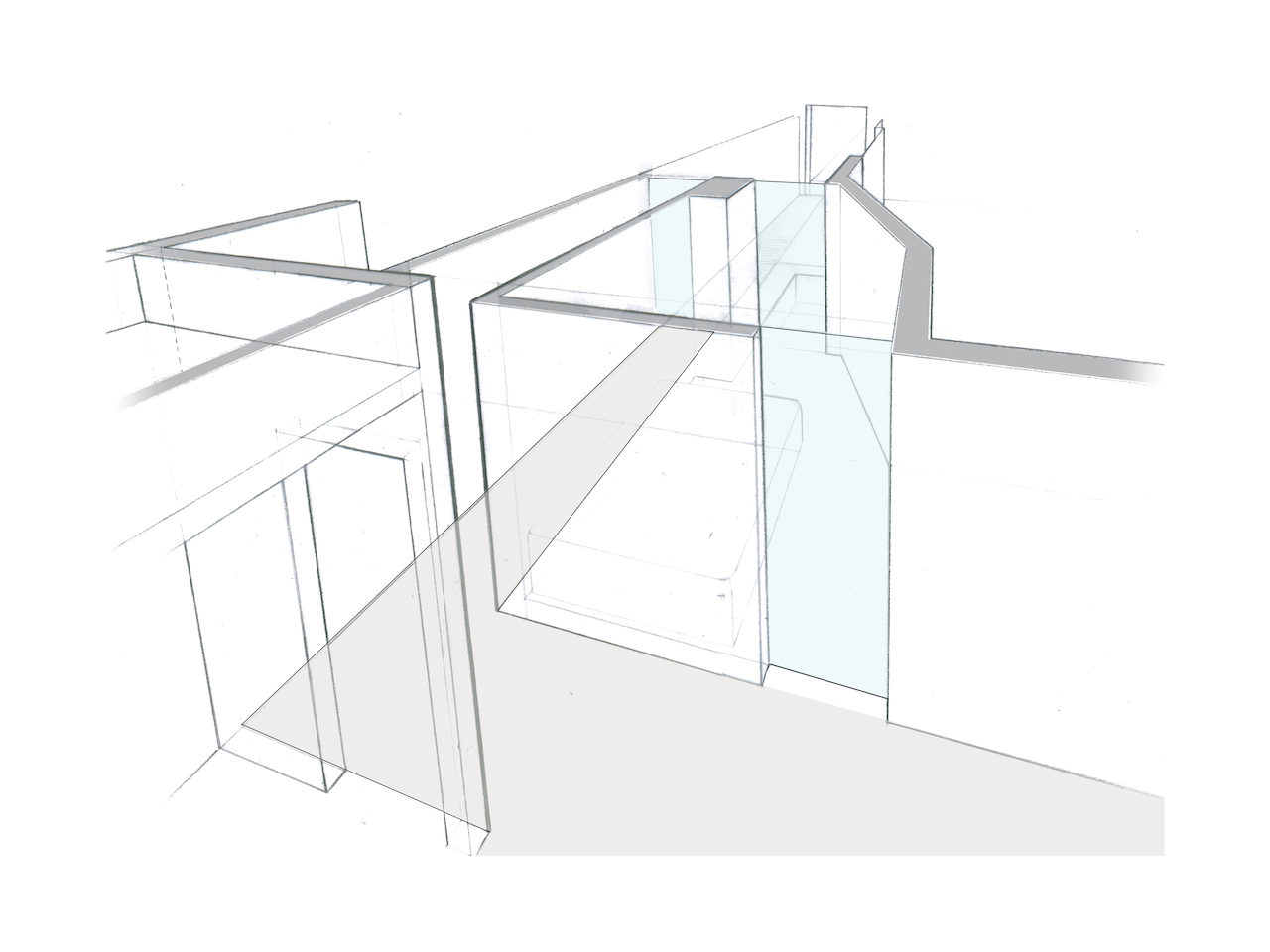 The planning application for the conversion of a workman’s store into a 1 bedroom flat at Cressida Road was particularly contentious, faced local object but nonetheless gained planning approval at Committee.

The design of the conversion was generated by the desire to minimalise the impact a development would have upon the Whitehall Park Conservation Area within which it was sited. The design was inspired by the site context and comments made by the planning officers regarding loss of light and amenity to the potential resident.

The dwelling is divided into 2 elements: the existing brick storage building which forms the kitchen, living area and bathroom, and the existing outdoor WC which is replaced by the bedroom and entrance. A roof light and kitchen courtyard allow daylight into the interior. The new roof is formed on two levels which rise towards the rear of the property. This staggering aims to integrate the new and existing forms and to lessen the visual impact, reducing any sense of enclosure on the adjacent garden. At its highest level, the roof is lined with grass which minimises the amount of traditional felt roofing and adds to a natural material that compliments the brickwork and glazing. The appearance of the new walls facing the neighbouring gardens are clad with fencing to replicated the original garden enclosure.

Despite the site limitations, the property was designed to have a brightly and well lit interior and a modern and clear layout with a kitchen courtyard, a landscaped garden and a grass roof which will encourage nature and biodiversity to the area.

The simple symmetry of the garden area and entrance, and the introduction of decking, a lawn and a water feature, created a positive amenity for the resident. A modesty screen was also  incorporated to maintain privacy and prevent any overlooking from the adjacent property. The timber decking and water-feature create a composition that reflects the elevation and light into the interior. Due to the height of the proposal and its relationship with the existing envelope, there was no loss of light to any of the adjacent properties.